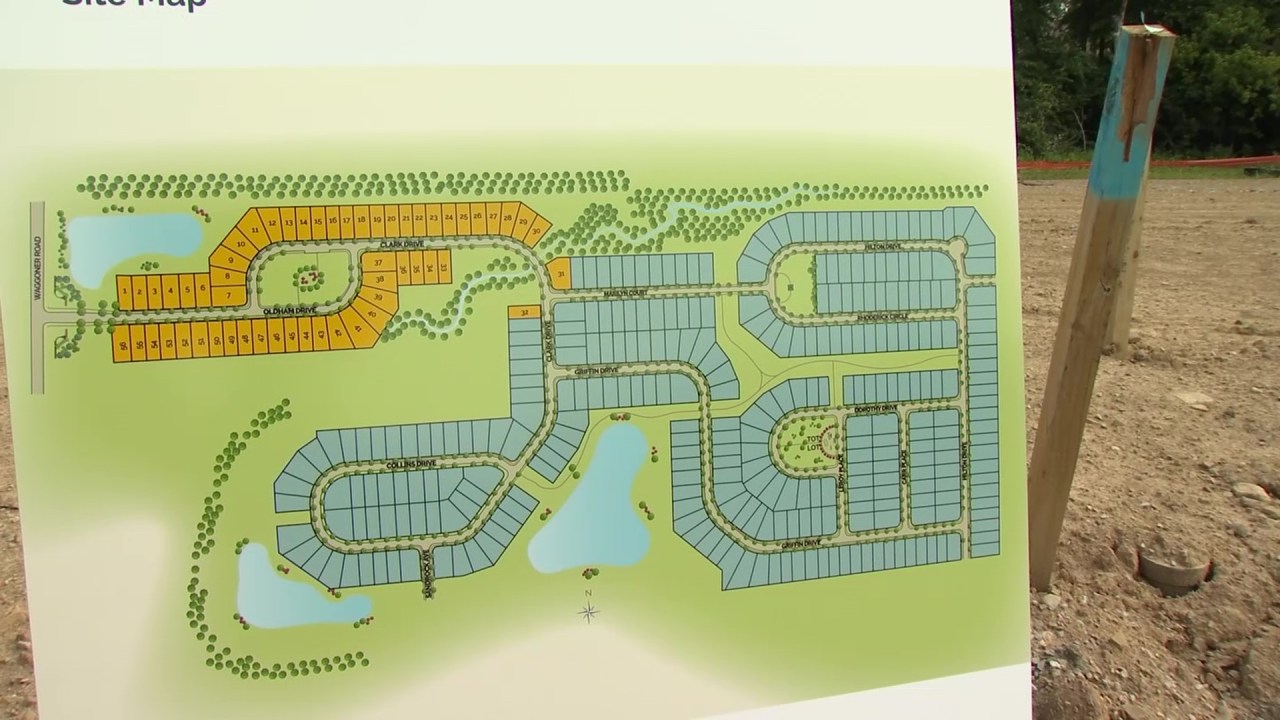 Building a house around Columbus? Here’s what you need to know

“We had 13 to 14 percent more houses come to the market and we had home sales go up about 16 percent,” said Michael Jones, 2021 President of Columbus Realtors. “Over the last year, we’ve averaged about 3,000 new listings each month. But last month, we had 4,359 homes added to the market for sale. This was quite the boon for motivated buyers who acted quickly to put them in contract!”

The summer is typically a busy time for real estate, with things cooling off in the last months of the year.

But this isn’t a normal market or a normal year which shows no signs of slowing down.

“Often times because of weather conditions and because of people getting enrolled in schools, we see a bit of a drop off,” Jones said. “I don’t know that we’ll see that because some sellers see an opportunity, they see promise in the values going up and they might still want to capitalize on that. Get in when you can, as fast as you can and be patient.”

Developers like M/I say they can’t get ground broken on projects fast enough to meet the rising demand.

One issue holding them back – different zoning codes for different communities.

“When we look at our peer cities and peer regions, we’re behind on building and development, Jones said. “There are certainly some things that can improve from a zoning perspective, to have greater density in a lot of area and to just reduce the cost of regulation and compress the time as much as possible. That will certainly encourage and spur developers to do and build more homes for all of these people that are in need.

“It’s difficult. There’s a lot of issues. Even if we have the ability to get them approved, then we have to be able to build them and get the supplies and get the lumber and all of those are significant challenges for our business right now,” said Josh Barkan, of Vice President of Land, M/I Homes. “It can be very, very difficult to come to something reasonable even though there is demand for housing, new families want to be in a particular area and you just have to walk a thin line of marrying the new with the old.”

On Friday, M/I held a ribbon-cutting for Spring Hill Farm, a new 354 home subdivision being developed in Reynoldsburg. It was M/I’s first project in Reynoldsburg in more than 15 years, helped along by recent changes to the city’s zoning code.

“We have not built in the city of Reynoldsburg for 15+ years but some of the initiatives that the city has undertaken to aid new businesses and new houses to be built here is really tremendous and is a model that should be looked at from the rest of the region,” Barkan said. “It is not uncommon for it to be 36 months from contract to selling homes. To be 18 months or 19 months from contract to selling homes, infrastructure in the ground is really something special.”

“The more people that want to live here, that’s a good problem, said Reynoldsburg Mayor Joe Begeny. “We can manage the growth, we can work with traffic and there’s always ways to deal with those types of things. I think I would be more concerned if no one wanted to come here and our phones were never ringing.

As Central Ohio continues to grow, developers hope other communities embrace the growth and changes needed to sustain it.

Begeny says that growth, in housing at least, might not necessarily be in his city.

“There’s not a lot of open land left in Reynoldsburg so we don’t have a lot of space where you’re going to be having 354 house markets coming in so what we have to do is maintain what we have.”

Other areas around Columbus though could soon be booming, as long as their codes, councils and citizens allow it.

“The demand is there. The city is growing. New jobs are coming here every day. So we need to be proactive instead of reactive,” Barkan said.

“Greater Columbus’ population could grow from roughly 2.2 million today to 3 million people and in order to meet that demand, it’s going to be absolutely essential that the various communities that make up Central Ohio like Reynoldsburg take a balanced approached to zoning that allows for single family to be developed in a manner to meet that demand,” Schottenstein said. “Cities either grow or they don’t and even though growth can create challenges, particularly for those that are already there, the absence of growth creates challenges that are much more severe.”